Sometimes, when advancing in free-diving the physics can be a little daunting – especially for those who find physics a little challenging. Below is a simple explantation on what happens with a few diagrams to illustrate. If you do have any question please contact me in the form on the homepage.

This article is going to cover a few topics in physics; what happens to our body during a freedive as we descend/ascend and how it effects our diving.

As you start descending to only just a few meters, pressure immediately starts acting on our body. In fact it’s the first 10 metres which has the greatest change in pressure – take a look at the table below. This pressure is far greater than the one acting on our bodies in our day to day lives because water is a lot denser than air.

It’s very important that in freediving we learn to deal with this pressure slowly, have an understanding of what is happening to our body’s physiology and have an adaptive mentality towards depth.

As you can see from the table, at surface level we have 1 bar – usually called atmospheric pressure. For every 10 metres that we descend the pressure increases by 1 bar, therefore exerting another 1 bar of pressure on the body’s air spaces – and this is where Boyle’s law comes in to play.

‘As long as the temperature remains constant, the volume of a gas is inversely proportional to the absolute pressure’.

This is basically saying that an increase or decrease in pressure will have a direct and opposite effect on the volume. As pressure increases, volume decreases and vice versa. Just take a look at the table.

What does inversely proportional mean?

This is easy. All this means is that the product of the two variables (in this case pressure and volume) should always be equal to the same number – in this case 1. Take a look at the diagram below.

When freediving, the 4 air spaces that need to be equalised are the mask, ears, sinus and lungs.

The first place we feel the change in pressure is on our ears and sinus. This has an almost immediate effect and the first thing we’ll need to do is equalise to compensate the pressure. As we noted before, the greatest change in pressure happens in the first ten metres (by 50%) so it’s very important to constantly equalise these air spaces as injury can occur!

This decrease in volume of our lungs has an influence on our buoyancy; and in comes Archimedes Principle

The volume of water displaced by a floating body is also known as upthrust acting on the body. We can conclude that a ‘floating body’ displaces its own weight of water.

Let’s have a look at an example.

If it were placed in Fresh water (Density 1t/m cubed) it would displace 1m (cubed) of water which would weigh 1 tonne. The weight of the block would now appear to only weigh in at 7 tonnes when it was immersed in water.

Displacement is the volume of water the block is displacing. As stated above, displacement of water is also known as upthrust – the force pushing the block upwards.

So here we have a force of 8T pushing down and a force of 1T pushing up (displacement or buoyancy). The resultant force between them is 7T in a downward direction (takes the higher of the two). Therefore the block will sink!

If we take the same block and make it into a hollow box, its weight would still remain the same (8 tonnes) however its volume would now be increased.

If the box was increased to 3m(cubed) in volume it would now displace 3m(cubed) of water, providing 3 tonnes of buoyancy upthrust; its apparent weight in fresh water would now be 5 tonnes.

By further increasing the volume of the box it would displace still more water and gain more buoyancy, and its apparent weight underwater would decrease further.

When the volume of the box is made equal to 8m (cubed), displacing 8m (cubed) of water, the apparent weight of the box in water would now be 0 ie 8 tonnes in air – 8 tones of buoyancy in water.

When the volume of the box is further increased to more that 8m (cubed) the equivalent volume of water displaced would weigh more than the box. If it were now placed in water, it would be forced upwards!

Why do we need to know this?

Weighting for freediving is very important for our safety. We generally want to be positively buoyant on the surface; especially the first 10 metres. This is because when coming up form a dive, we will be low on oxygen so we don’t want to be struggling in the last bit.

Shallow water black outs are also very common from depths between 0 and 10 metres when coming up form a dive. If a black out does happen at these depths, it makes it a lot easier for your buddy to undergo the necessary safety steps as you are positively buoyant.

Another reason is free-fall; as you start advancing in your freediving, you will learn new techniques. As we descend and the volume in our lungs starts decreasing, we displace less and less water becoming less buoyant (as seen in the example above). Once we pass neutral buoyancy we enter negative buoyancy where we stop finning, let go and fall!

Back to All Blogs Next blog
Share this article 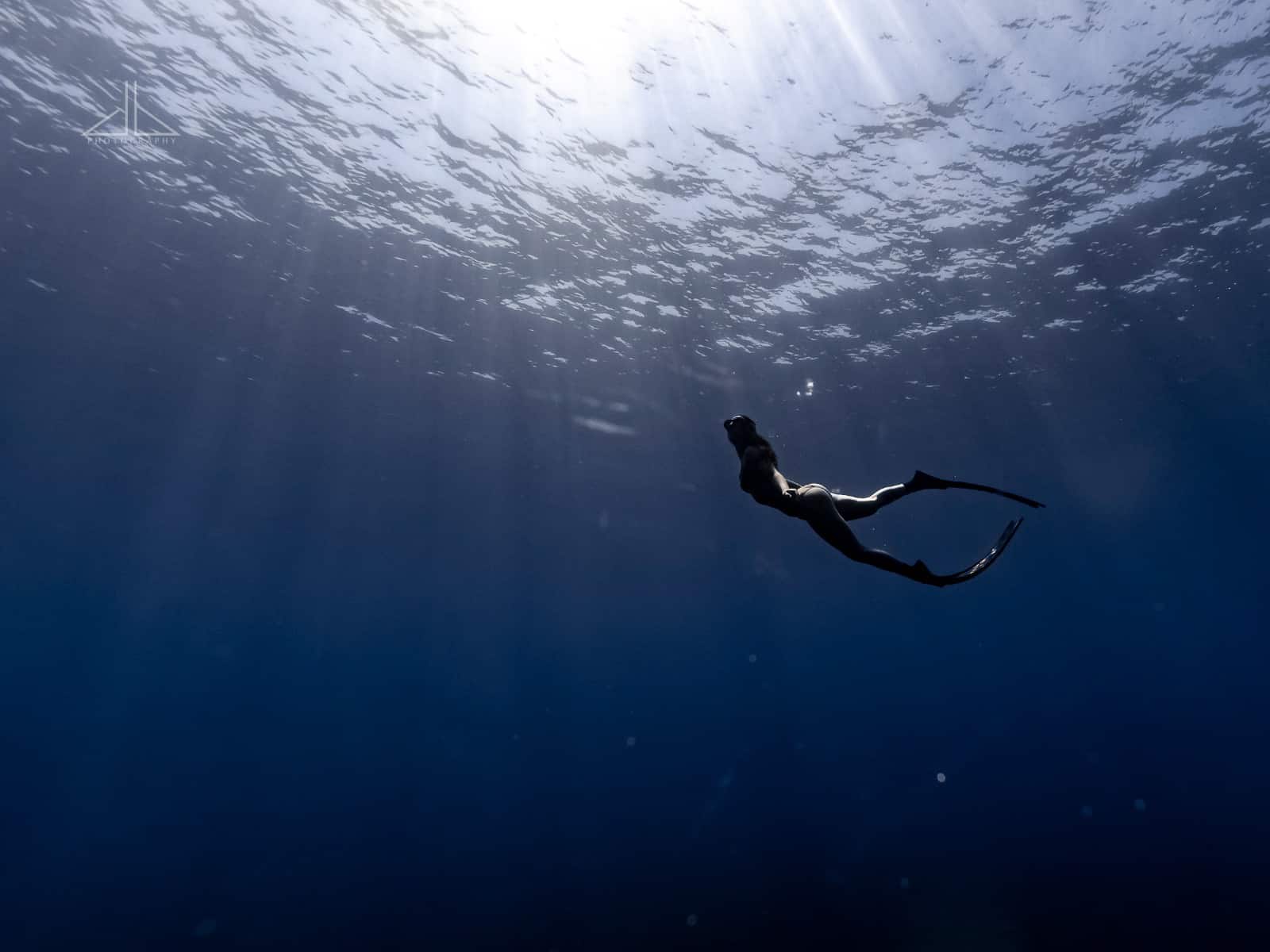 Imagine taking the plunge beneath the waves without being constrained by the heavy apparatus of scuba gear. Just you and the silence of the underwater world and the incredible feeling of pushing yourself to the limits. The ultimate connection between man and water, freediving is appropriate for anyone looking to challenge themselves and explore the

Established by two of the world’s most successful freedivers, the late Natalia and her son Alexy Molchanov, originally for the purpose of producing top quality equipment made by freedivers for freedivers, the mother and son duo eventually decided to create an education system for the Freediving Federation. A few years later, co-founders Alexey Molchanov and 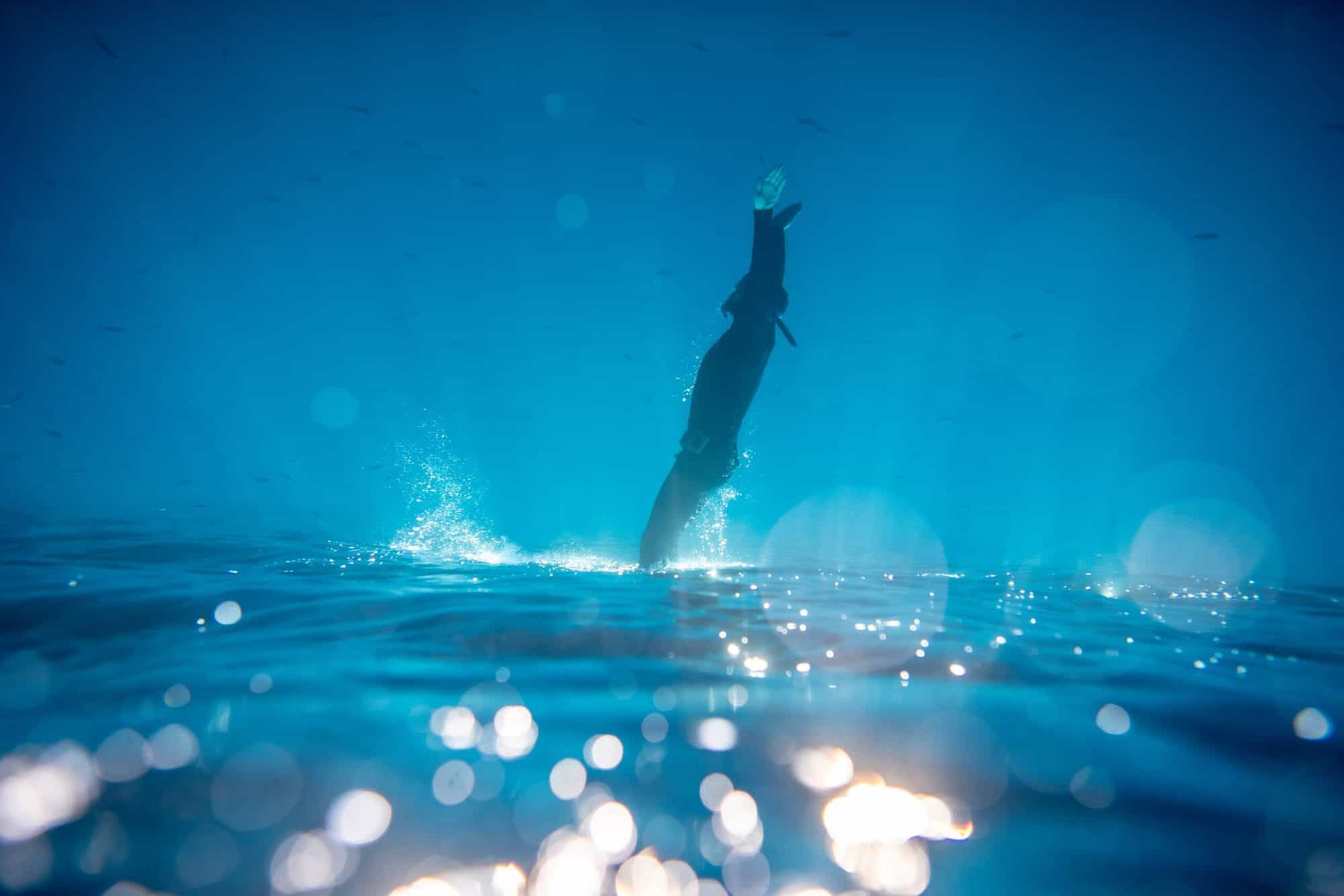 Introduction Humans have a reflex in common with dolphins, whales and other diving mammals called the Mammalian Dive Reflex (MDR); one of the triggers being facial immersion and breath holding. The Mammalian dive Reflex helps us extend our breath-hold time and shift blood into appropriate places to safe guard them from the increasing pressure with