The P29 wreck is located at Cirkewwa, found in the northernmost part of Malta which can be reached either by car or by public transport. If you’re driving from Malta, simply follow the road signs found everywhere across the island that either depict Cirkewwa or the Ferry Terminal. If you’re staying in Gozo, you’ll need to take the ferry and get to Malta. The P29 lies about 150 metres offshore from Cirkewwa and during the summer season, a big yellow buoy marks the spot of the wreck.

Also known as the Boltenhagen, the P29 was originally a Kondor I class minesweeper built for the German navy to patrol the border between East and West Germany. Then in 1997, she was sold to Malta where she served the Offshore Command of the Maritime Squadron of the Armed Forces of Malta till 1992 and was used to secure the Maltese coast against smuggling and for border controls. In 2007, she was decommissioned and scuttled in Cirkewwa to serve as a diving attraction and artificial reef.

The wreck now lies upright on her keel on a sandy seabed at 34 metres, while at the bow it reaches depths of around 37 metres.

When the P29 was scuttled, they left the turret-mounted machine gun in place where it stands intact and has become one of the most popular attractions of the wreck. But at 52 metres in length, there’s so much more to check out.

If penetrating the interior of the boat is not your thing, there are plenty of things to explore in the exterior. As is the case with most wrecks on the Maltese Islands, at the P29 you may find barracuda, sea bream, moray eels, many nudibranchs, while deeper into the ship you may encounter squid and calamari. If you’re lucky enough, you may even find squid and calamari eggs, usually hanging in white strings looking very much like pearl necklaces. 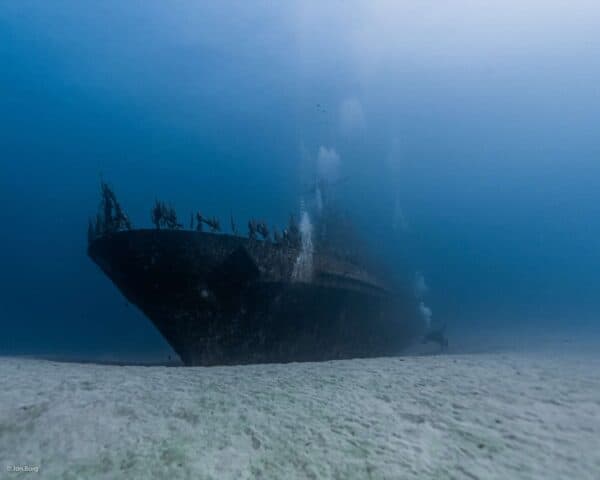 Once you have arrived at Malta’s northernmost part at Cirkewwa, you can get to the wreck from the shore via the stairs that lead into the natural alcove of what is known as Susie’s Pool. With waist-deep water, this is an easy entry point to lead you to the wreck. The swim from the entry point to the P29 is about 5 minutes or so and once you’ve arrived at the dive spot, you’ll be greeted by the patrol boat’s stern. There are two landmarks along the way that will make underwater navigation a lot easier other than the yellow buoy – the first is a memorial stone and the second is an old anchor that can be found on the grassy area.

Both engines and all contaminants were removed from the ship before its scuttling, leaving several easy entry points, however, some parts do tend to be somewhat narrow so they are best left for the most experienced divers.

A few metres away you’ll find the Rozi Tugboat which was also scuttled in the area to serve as a diving hot spot, while the entire seabed offers a bit of everything – underwater cliffs, caves, tunnels, natural arches, a wall reef and swim-throughs. Find out more about diving in Cirkewwa here. 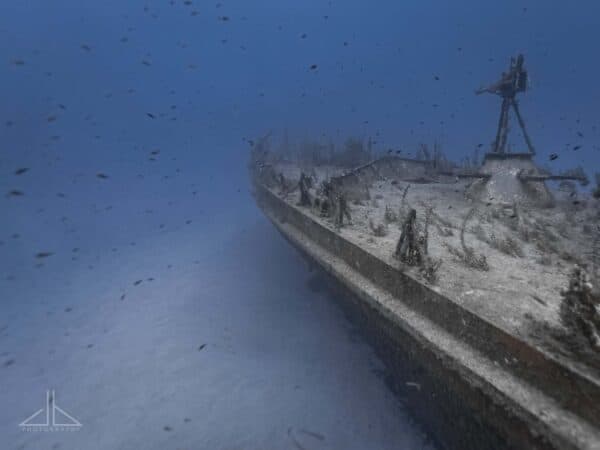 The site of the Ferry Terminal that takes you to and from Gozo, Cirkewwa is not a town per se so it doesn’t have much infrastructure besides the terminal and a few hotels, where you can dine or use their facilities. Nearby, you’ll find Paradise Bay, a sandy beach where you can go for a swim and to soak up the sun.

During the summer months, boat trips to Comino also operate from here, so you may want to hop on one and visit the small island between Gozo and Malta known for the Blue Lagoon and its aquamarine water. Although popular for swimming, Comino also offers a great diving experience at the infamous Santa Maria Caves, while there is a wreck nearby, the P31. 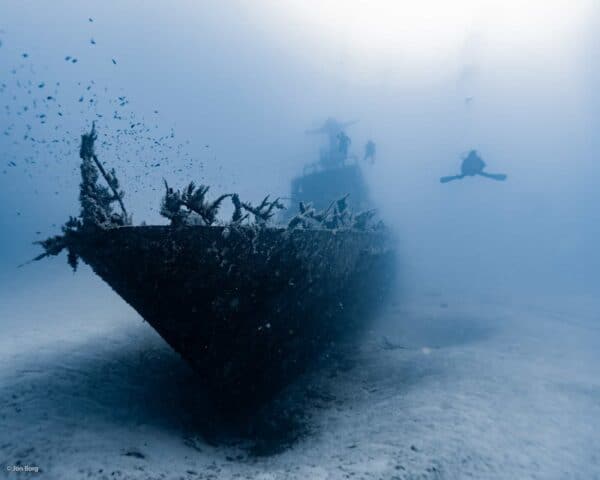